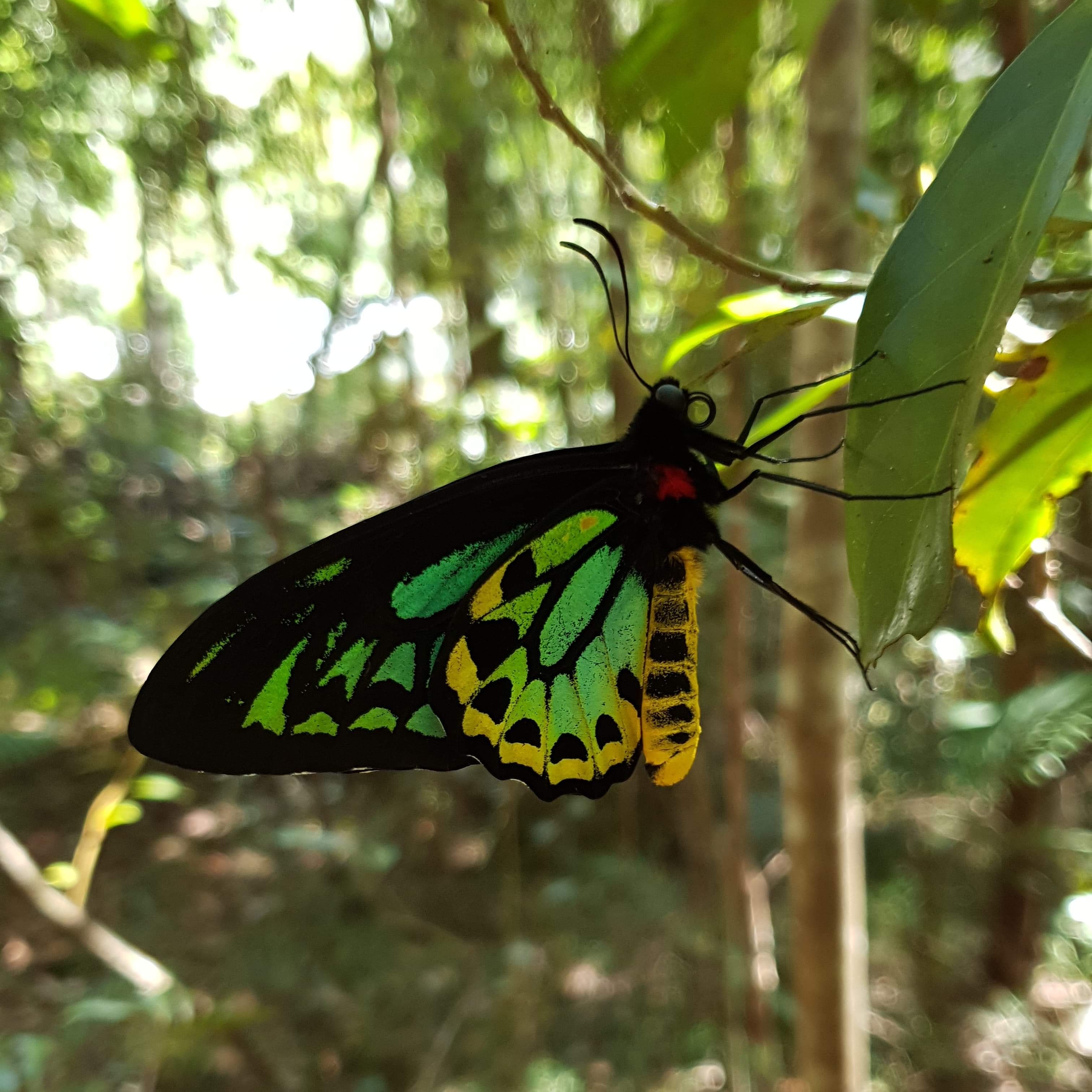 Knowledge of the population distribution of the endangered Richmond Birdwing Butterfly (Ornithoptera richmondia) is about to be improved with a new citizen science project in south east Queensland.

ECOllaboration Ltd’s Chief Executive Officer, Cerran Fawns, said “We have had many unofficial reports of sightings since our last survey ten years ago and we need to update records for the last five years”.

The butterfly is listed as vulnerable and is an important species that has been severely impacted by habitat loss and the introduced vine, the Dutchman’s Pipe (Aristolochia elegans), which is poisonous to the butterfly larvae.

The native birdwing butterfly vine, Pararistolochia praevenosa, is what the larvae feed on in the wild, however it looks so similar to the Dutchman’s Pipe, the adult females get confused and lay eggs on the introduced vine which are a death trap for the emergent larvae.

The native birdwing butterfly vine has been planted widely throughout the region over the last ten years and we are wanting to determine if the populations have spread from the isolated pockets of the Sunshine Coast and Gold Coast areas.

Ms Fawns added, “The males are easily recognisable being black and iridescent green with the females less striking with brown, yellow and white markings”.

The data collected from the community sightings will be uploaded to the Living Atlas of Australia which gives a generalised map of the distribution and the Richmond Birdwing Butterfly Network.

To report sightings over the last five years and to view photos of the butterfly, vines and larvae, go to https://ecoeducationservice.org.au/richmondbirdwingbutterfly/.

This project is supported by ECOllaboration Ltd, through funding from the Australian Government’s National Landcare Program.