With an adult wingspan of up to 16cm the Richmond Birdwing Butterfly (Ornithoptera richmondia) is one of Australia’s largest butterflies. The females have a mix of dark brown or black, white, cream and yellow markings while the males have distinctive iridescent green or blue markings. Combined with their large size the males in particular are quite beautiful and striking. They are only found in the coastal and hinterland parts of South East Queensland and northern New South Wales. Due to threats from habitat destruction as well as introduction of an invasive weed species, they are now listed as a Vulnerable species in Queensland. 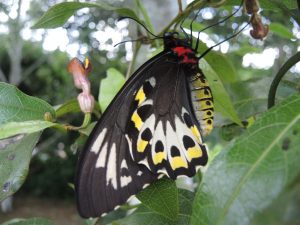 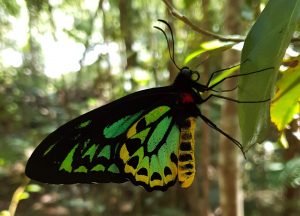 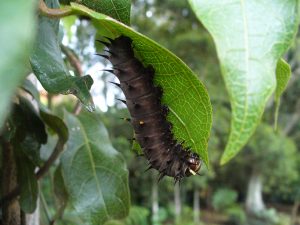 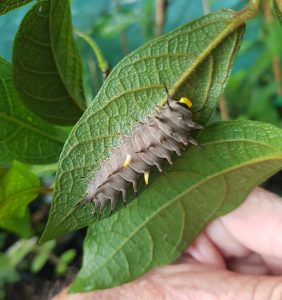 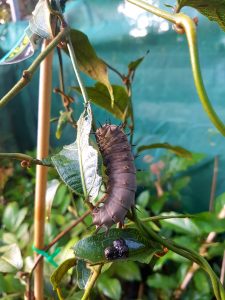 According to the Department of Environment and Science, a Vulnerable species has: 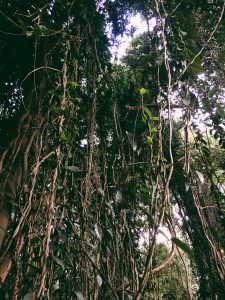 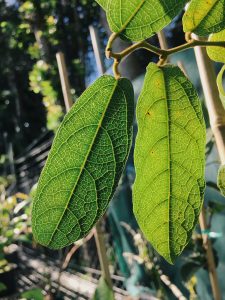 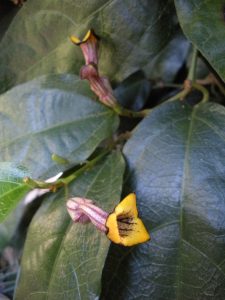 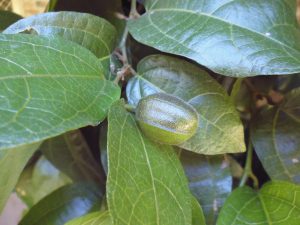 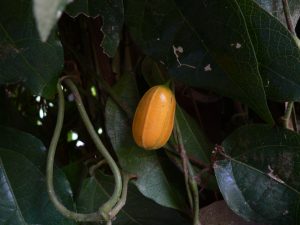 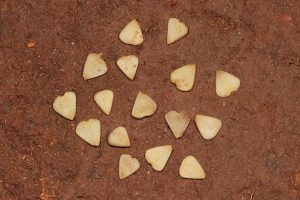 The Birdwing Butterfly Vine has been listed as Near Threatened in Queensland, which means that it has:

Near Threatened species are protected by law, and can only be collected or propagated with a permit. There is information about where to buy the vine on the Richmond Birdwing Conservation Network‘s website. Additional suppliers include: 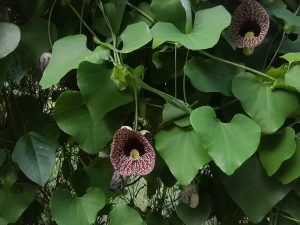 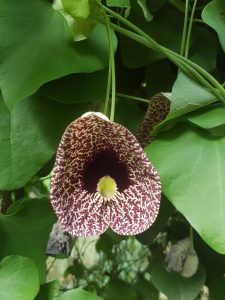 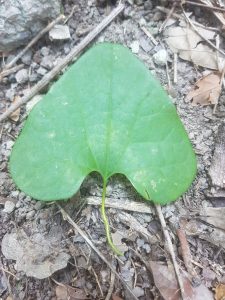 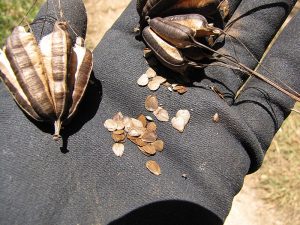 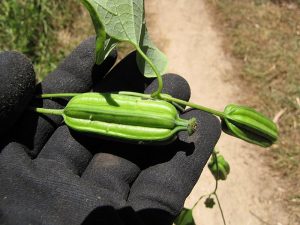 The Dutchman’s Pipe is now a serious weed in natural environments and is classified as a Category 3 Invasive Plant in Queensland. This means that by law, it must not be distributed either by sale or gift, or released into the environment. Eradicating the vine through weeding is a way that we can help to keep it under control, but as it is poisonous gloves should be worn. It is a good idea to have the identification confirmed by someone experienced in plant identification until you are comfortable identifying it yourself, as there are native vines in the Aristolochia and Pararistolochia families which may be confused with the Dutchman’s Pipe.

The following table shows the visual features of the two species:

Much has been done over the years to restore the Richmond Birdwing Butterfly’s habitat by removing the Dutchman’s Pipe and planting more of the Birdwing Butterfly Vines. The Richmond Birdwing Conservation Network has been the key group leading the conservation effort with projects including mass planting of the native vine, mapping the spread of the Dutchman’s Pipe, raising and releasing the butterfly into the wild, and modelling the impact of climate change on the butterfly. The network also records sightings of the butterfly, which assists with mapping out their current habitat. You can learn more about each project on their website. You can also learn more about how to identify the butterfly, the native host plants, and the Dutchman’s Pipe weed on their alternative website.

The Impact of Weeds on our Catchments

The plight of the Richmond Birdwing Butterfly is an example of the wider impacts of habitat destruction caused by introduced species. The introduction of one plant has severely threatened the entire population of a species of butterfly. All over our landscape, weeds that have escaped from cultivated gardens are outcompeting our native plants and have the potential to completely change habitats.

A drastic example of this in South East Queensland is Cat’s Claw Creeper (Dolichandra unguis-cati), which can smother and pull down entire forests if left untreated. Shallow rooted weeds such as Singapore Daisy (Sphagneticola trilobata) are lining waterways and contributing to river bank erosion. They have overtaken native species such as Sandpaper Fig (Ficus coronata), which have a strong root system and hold river banks together in rain and flood. Creeping Inch Plant (Callisia repens) is easily spread by water and takes over groundcover along waterways. This prevents the germination of native plant seeds, including trees.

The health of vegetation along our creeks, as well as throughout our catchment, directly affects the water quality flowing into our drinking water supply, and ultimately into our estuaries and oceans. 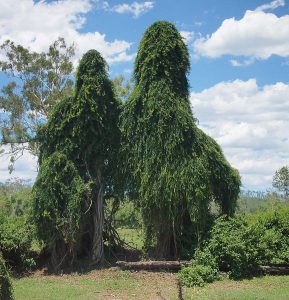 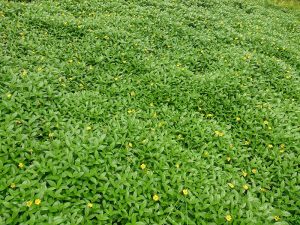 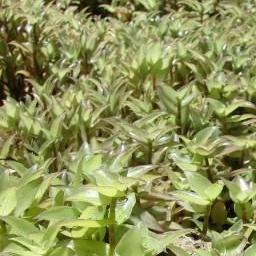 There are many things you can do to assist with the recovery of the Richmond Birdwing Butterfly, as well as protecting our waterways from the impact of weeds. 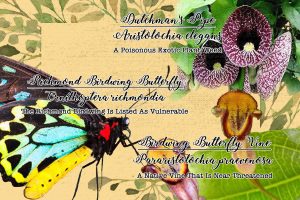 In the last 5 years, have you seen the Richmond Birdwing Butterfly (adult or caterpillar), the Dutchman’s Pipe, or the Birdwing Butterfly Vine? Please use the form below to tell us what you’ve seen. Use the message box to provide any extra information, or contact us directly to ask questions by emailing info@ecollaboration.org.au.

Thank you for participating in Citizen Science!

Want to know more? Here are some recommended resources:

This post was made possible by grant funding received from the Australian Government through the National Landcare Program.